James Comey Tell the FBI Agents in Tennessee to Expect a FESTIVUS Card in Their Mail Boxes REAL Soon:):)

Sharyn Bovat (me) was terrorized in the TN courts after I whistle blew that NISSAN was committing fraud with the NISSAN Leaf and discriminating against women, gays and blacks (proven to be true). I was offered a check from Mark Stout to be silent BUT wanted the legal system to make NISSAN act ethically.  Instead of me & the TAXPAYERS getting respect I was gas lighted in Tennessee and my child was bullied in the Williamson County Schools, I want Mike Looney help accountable!! 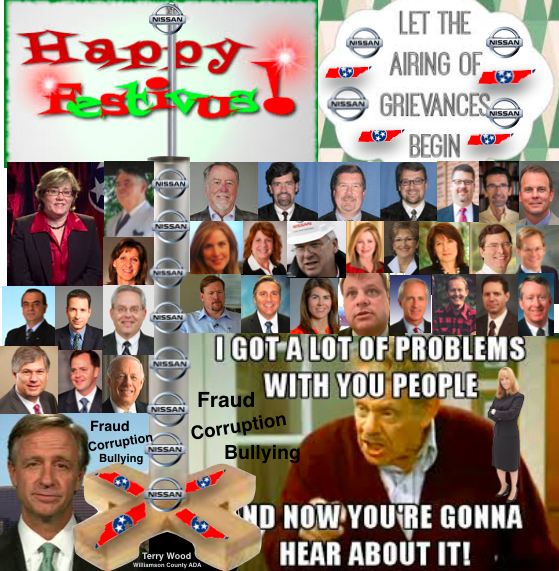 The bullying of Sharyn Bovat in Tennessee (it still happens by corrupt people in other states) but in Tennessee it ended the day after bullying done to me was documented (on this blog) a BIG TIME celebrity bought my house in Franklin: ALL CASH two week close & for more than it was listed for:):)  I learned that lots of people were reading my blogs and I have over 5 Million Google + views. 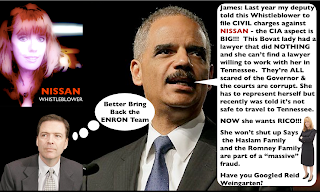 I was told that I'm on the last mile of a marathon & soon the people in Tennessee that terrorized me will understand that the commitment of god loving Americans to the commandment "treat others the way YOU want to be treated" is alive & well.

Evidently Eric Holder was "close" with the TN Good Ole Boy network that bullied me. His best friend Reid Weingarten is a lawyer for Jimmy Haslam the brother of the Governor that appointed the judges that terrorized me.  Luckily he' GONE and Loretta Lynch is in.  She's got NO TIES to Tennessee corruption & she wants to "make a statement".....  For that I say THANK YOU JESUS!!! 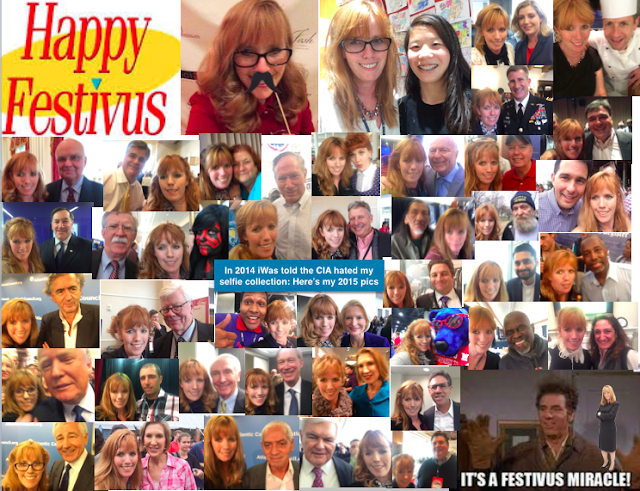 Posted by Sharyn Bovat at 6:53 AM No comments: