Kim Helper My Mom Always Said "The Best Revenge is Having a Good Life" & I'm Already Having a Good life (Thanks to People Connected to Al Gore & Oprah) & Soon I Hope to Have a Great Life. That's Means I'm Gonna Be VINDICATED!!!! 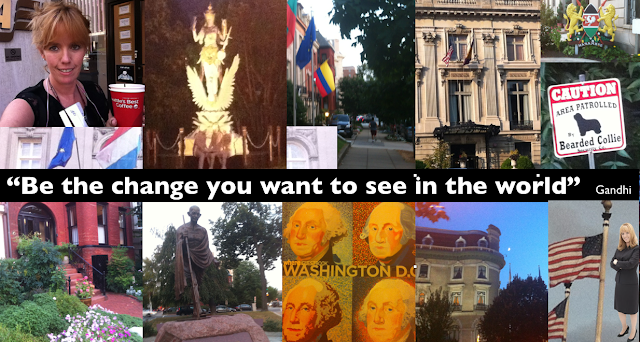 Kim Helper I really don't care if i never get justice for all the abuse YOU and the State of Tennessee did to me.  I've been told to articulate exactly what ya'll did to me & that LOTS people  know the problem is real I just need to explain WHY you need to be "brought down" basically I need to do a power point on WHY Tennessee is NOT healthy for society.  I'm confident  with all the times you people jailed me and all the court appearances I'm gonna prove judicial bullying.

Kim Helper someday YOU"LL be exposed for being corrupt.  Anyway I'm in the process of getting a good life & filling out membership applications -this one asked me a LOT of thought provoking questions & here are my answers.

My wish is to integrate w/ the millennial & technical mindsets: I'm a 50 year old former op researcher for Karl Rove & Sal Russo operatives, I was trained to do political research at the age of 19 by Reagan's top operatives. In 1984 -1987 I was used to collect research on "how to get Americans to want to fund the Contras" & "how to restore the image of Oliver North"   In 1993 I left politics vowing to never go back then about 5 years ago ppl i worked for wanted me to come back ( i specialize in moderate/swing voters).  I've set up a focus group for this election and doing the process the old fashion way.  I've started having people text me their opinions on "hot topics" (recently I was one of the ppl used to get Nikki Haley to agree to get rid of the confederate flag). I believe that using tech in collecting research it can be a BIG tool in 2020. I'm sure the democrats are already using it & so are some GOP.  I'm an independent/freelance researcher whose not part of a big PAC yet some donors of PACS have used my research.

List my 3 biggest challenges to having a good life....

1) With the GOP in chaos my political research project has dwindled to my focus group (which is important because these are the voters that will decide who wins). The group has ppl that have voted both Dem & GOP in previous elections.

2) Also things I was involved with in the 80's are now declassified (getting digitalized)  I'm 80% at going ahead with a screenplay (I have selected a ghost writer who lives in The ******  (****** is the 1/2 point, I live in Shirlington). A few years ago I went to Hollywood and some are interested in doing a movie but my mom asked me to have some creative control (she didn't want to be portrayed as a crazed NeoCon).

3) Al Gore.... I'm the reason why he left Tipper in 2010 (long story) anyway over a year ago i was asked if I would date him if he had to take over as the Democratic nominee.  Right now I'm more than a little stressed. I would not be applying for ***************  if I really thought I'd be FLOTUS next year I heard 3 women are in the running so basically i'm in the 2016 Presidential Edition of the Bachelor. Still I haven't been told I'm not picked so I still go to conferences & things his people recommend. 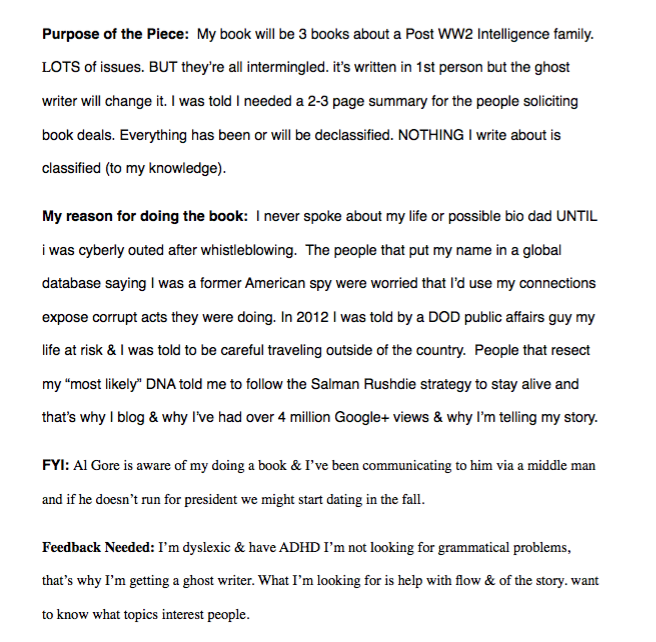 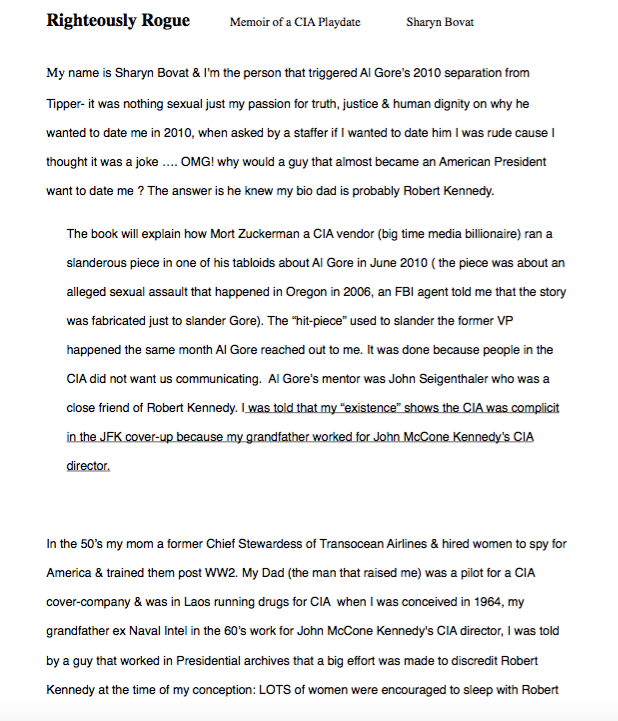 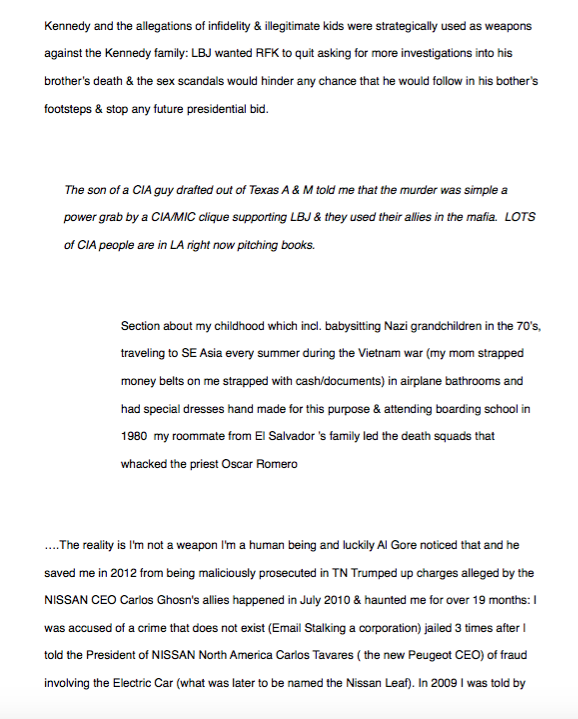 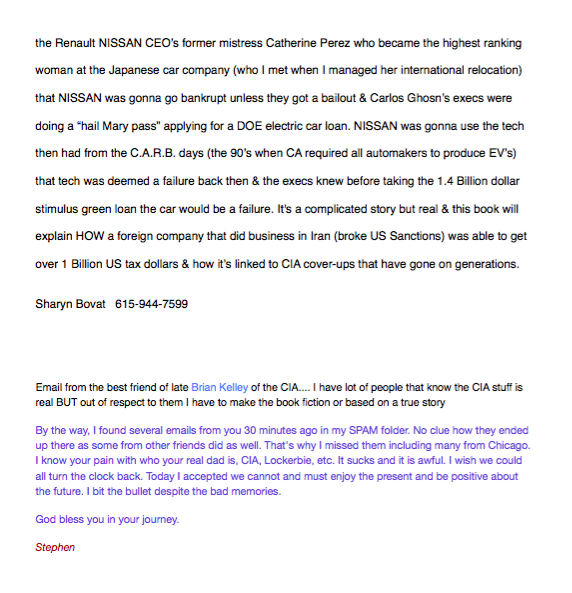 Posted by Sharyn Bovat at 7:23 AM No comments: