Wow!!! James Comey Have Todd McCall at the FBI Check This Out... I Never Saw this Before..... Kim Helper is Getting EXPOSED!!! Thank You Phil Williams News Channel 5

Beginning in May 2011, NewsChannel 5 began an investigative series exposing how some Tennessee law enforcement agencies had become more focused on profiting from the illegal drug trade, instead of stopping the flow of illegal drugs into the state.

At the center of that "Policing for Profit" investigation was the state's civil forfeiture laws, which allow agencies to seize cash based on the suspicion that it's drug money.

One of those people interviewed was Kim Helper, district attorney general for Tennessee's 21st Judicial District, and she was apparently unhappy with the outcome.

Instead, it showed one of her agents offering two suspected drug couriers the chance to go free -- if they turned over their cash.  It questioned whether "the rules have been twisted by laws that let agencies keep the money they seize."

https://storify.com/nc5philwilliams/da-puts-spin-on-policing-for-profit-investigation
Posted by Sharyn Bovat at 6:44 PM No comments:

Note Sent to Kline Preston & Will Be Sent to Tennessee Courts.... Maybe Kim Helper Ya'll Can Tell Them I Want RESOLUTION. Thank You! 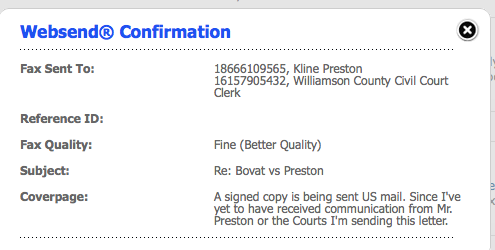 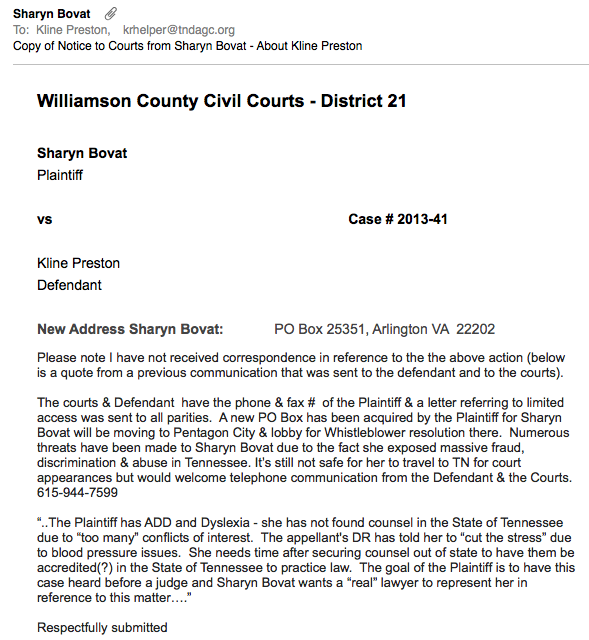 Posted by Sharyn Bovat at 9:13 AM No comments:

James Comey I'm Using the Photo of Me in Front of the FBI for My Press Pass.... In a Way Kim Helper is Responsible for My Success - Had She NOT Totally Abused the US Constitition and Assistint Terrorist Nations in Getting Weapons Tech i Never Would Have Had Over 3 Million Views. I Have Opportunities NOW Cause People Know I Told the Truth... I Had the Courage to Stand Up to Bullies. Sadly Some of the Bullies are Still in Congress 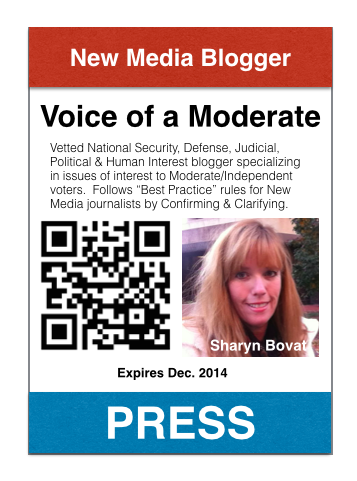 In winter of 2009 while managing the relocation of the incoming President of NISSAN North America Carlos Tavares I had the opportunity to tell a NISSAN Motors board member of issues of discrimination, wasteful spending, corruption and lack of respect for women happening NISSAN in TN. The problems magnified after the company relocated from California - I told him that HR was dominated by a Good Ole Boy network. What motivated me was on the executive floor I was told "Skirts Don't Speak at NISSAN North America" and later internal stats showed women in management went from 20.9% in 2006 to 10% the year I whistle blew.

Mr. Tavares had people communicate to me the problems were greater than what we both thought & I agreed to become a "change agent" on June 4th 2009 I started a blog as an "out of the box" way to change the corporate culture at NISSAN North America. My websites were a tool to show problems.

Learning from employees NISSAN took American taxpayers (over 1 billion) for the EV & they knew when asking Congress it would FAIL-NISSAN executives told me that they took the money due to a "cash flow" problem. The tech for the Leaf was from the 90's CARB days & deemed a finanical failure. Because i blogged about the issue I was bullied and harassed - even jailed. I learned that the local politicians had made money from bond dealsl & NISSAN had taken & still owes over 6 Billion in IDB bonds backed by local counties in TN.

To retaliate NISSAN cyberly "outed" me as a former researcher for CIA operatives-they wanted to stop other execs from telling me the foreign company was taking new American engineered auto tech to Iran & Russia. Renault makes cars in Tehran & while I was bullied NISSAN was negotiating with Putin to take ownership of Autovaz.

A DOD scientist told me 2011 to blog that American taxpayer funded auto tech is used in drones & weapons will go to out enemy. I blogged to stop Congress from funding tech for our enemies - that's how I became a Change Agent for America.

Click below link to see an application iSent to EDF.... 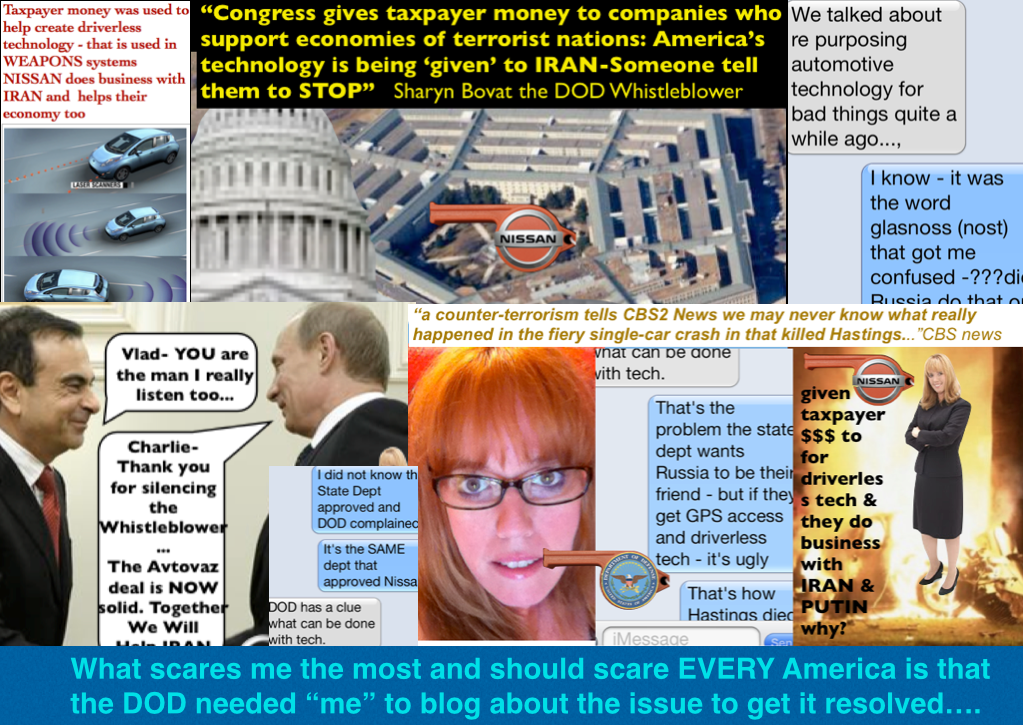 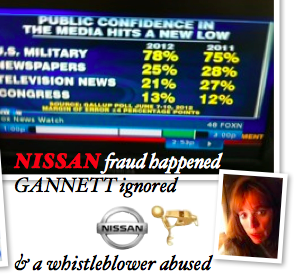 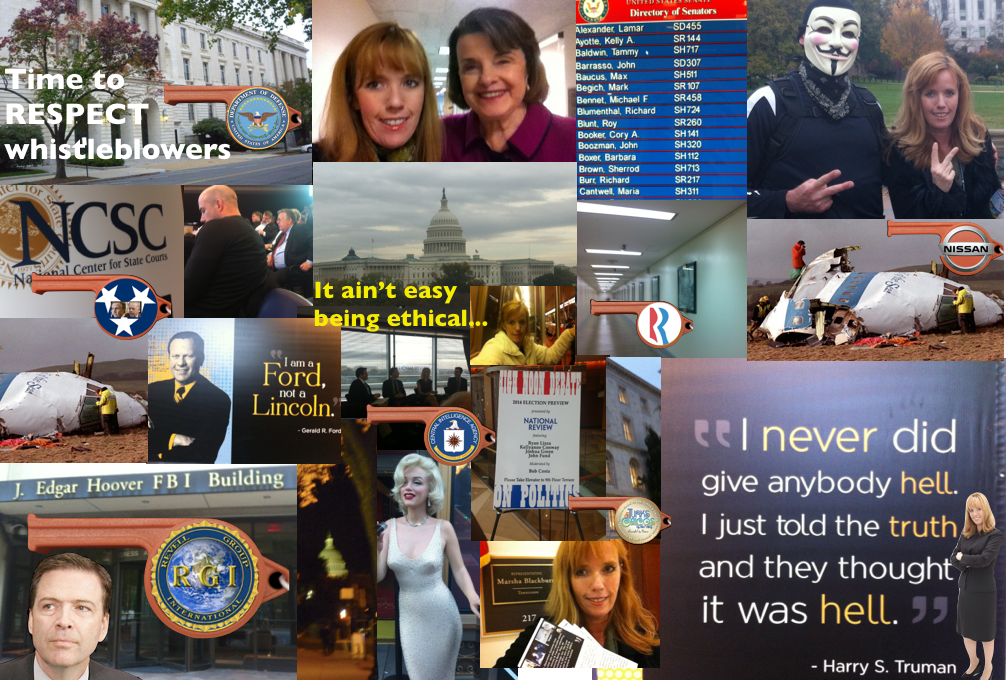 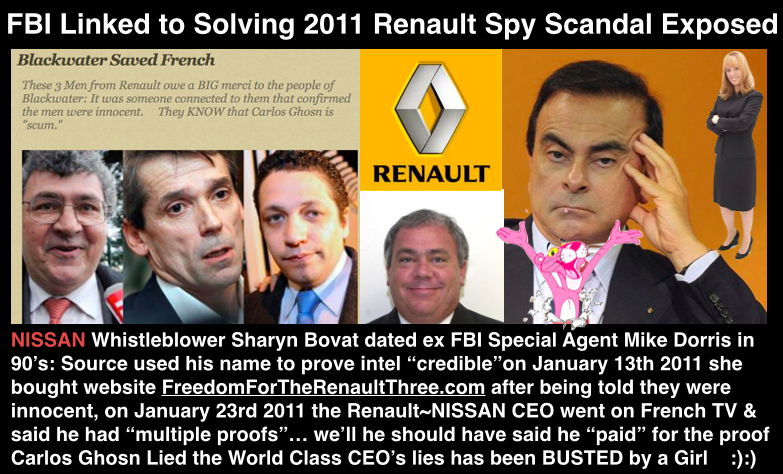 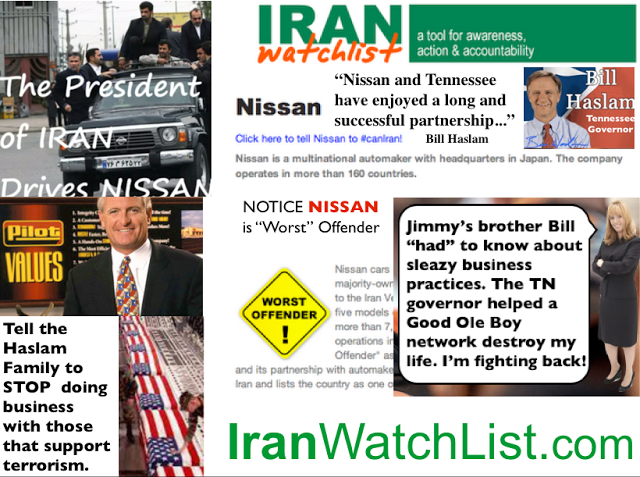 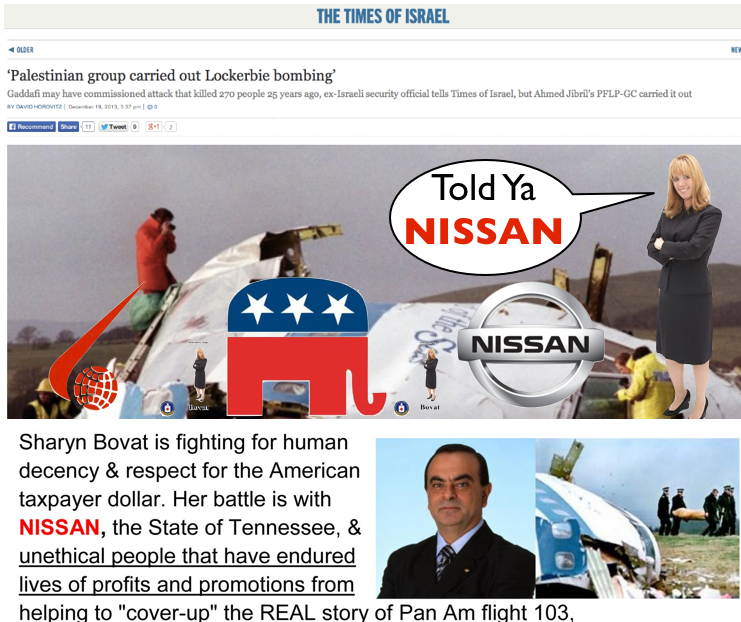 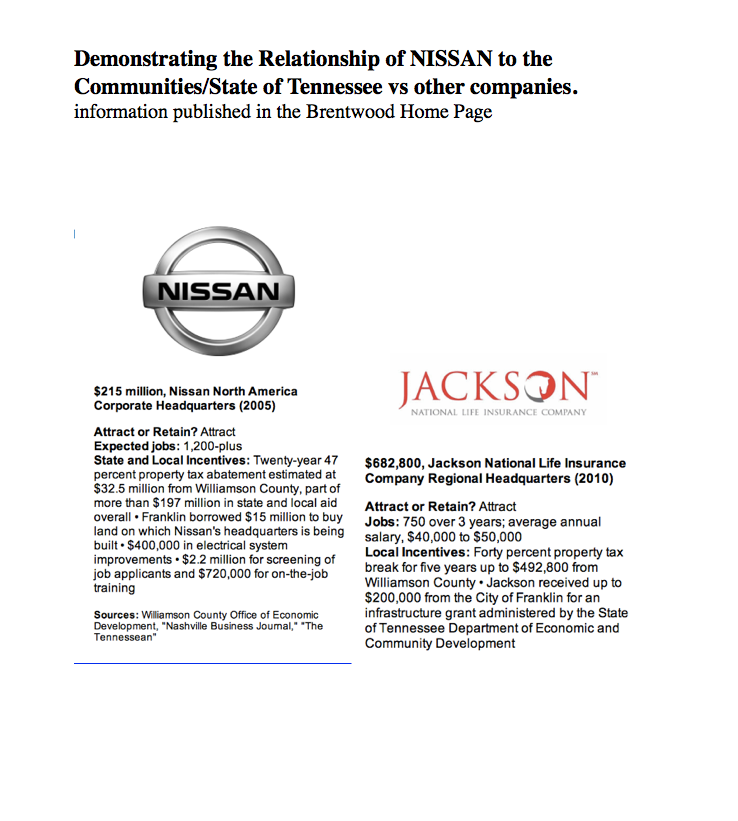 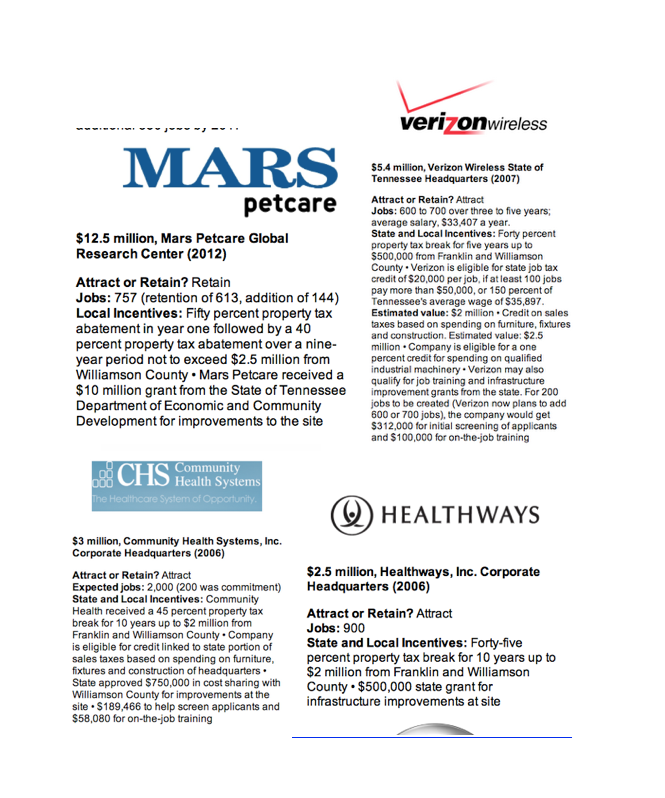 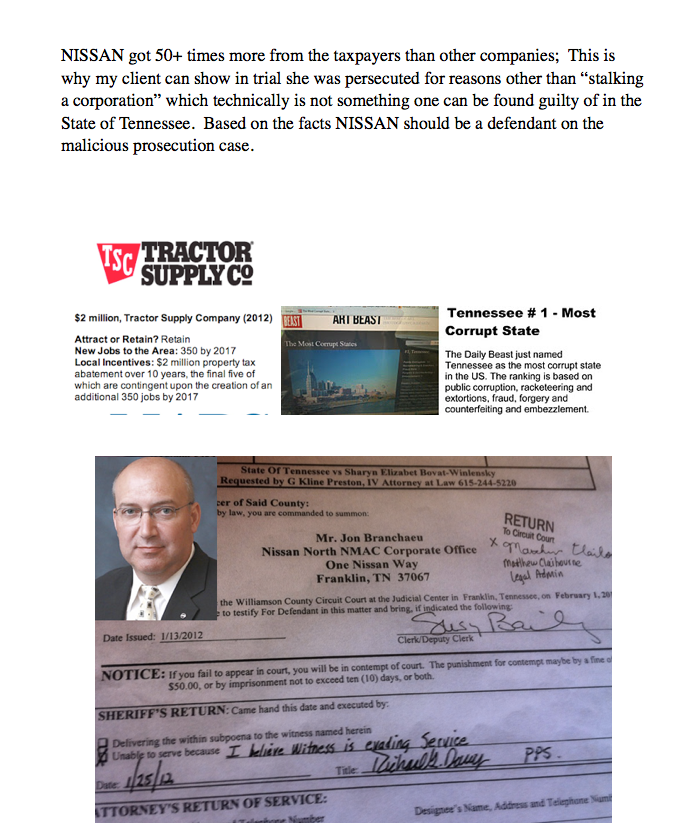 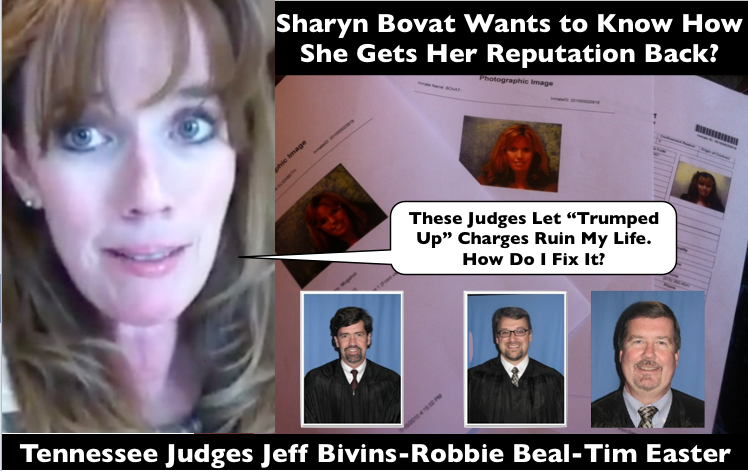 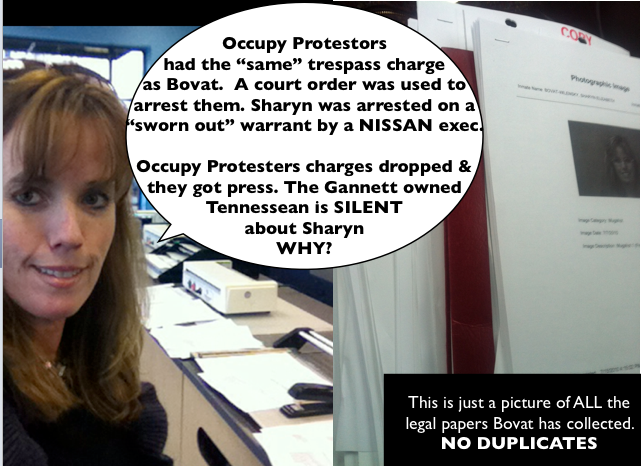 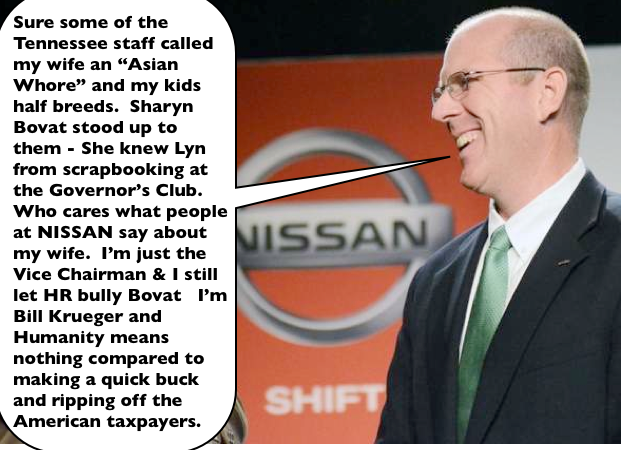 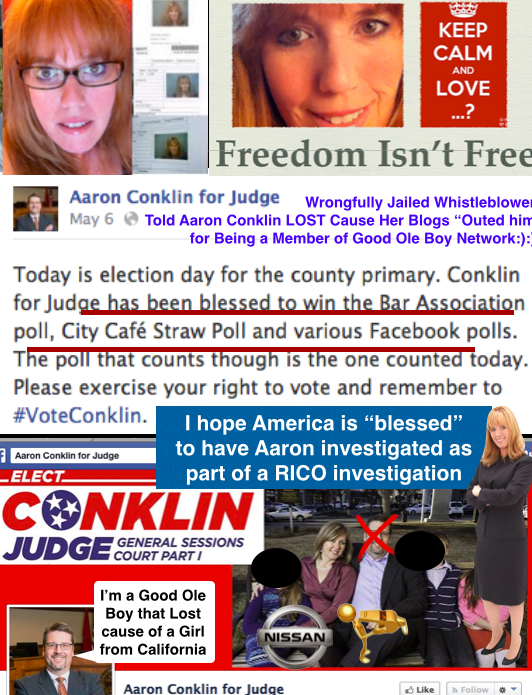 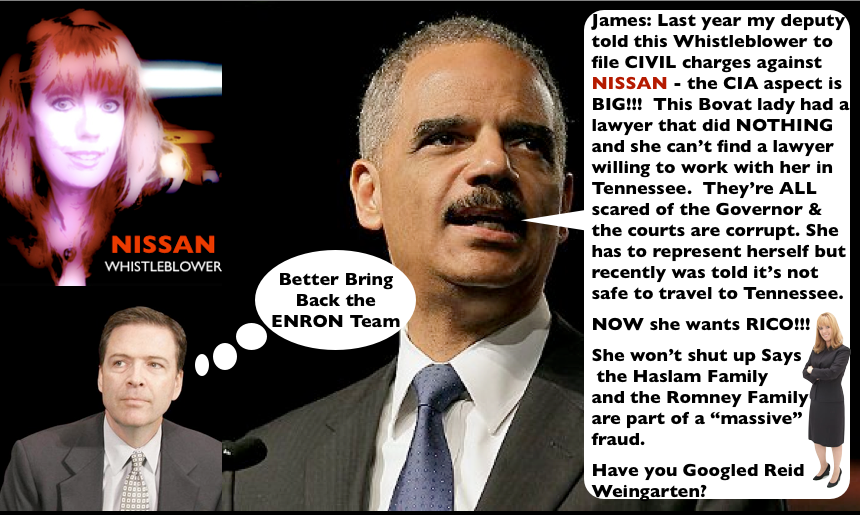 Posted by Sharyn Bovat at 8:54 AM No comments:

Gracia Martore & Bob Dickey Doesn't Gannett "Get" That I'm Fighting for the 1st Amendment? James Comey Tell the FBI I'm Fighting for RESPECT for All Journalist & EVERYONE Knows NISSAN & the State of Tennessee Jailed Me Cause of My Blogs.... HELLO? *** I Am Ferguson ***

From: Sharyn Bovat <sharynbovat@icloud.com>
Subject: FBI- It was brought to my attention the "trumped up" arrest done to me in Tennessee is ALMOST the same as the WAPO reporters in Ferguson... Call Me & Lets Jail Kim Helper, Terry Wood the ADA & NISSAN Execs for Abuse
Date: August 15, 2014 at 7:47:19 PM CDT
To: memphis@ic.fbi.gov, daniepm5@ucia.gov, Michael Dorris <michael.dorris@credit-suisse.com>, krhelper@tndagc.org, Rhori Johnston <rjohnston@jrn.com>, Mark Silverman <4msilverman@gmail.com>, fdanielsiii@tennessean.com, dgarrison@barrettjohnston.com, olparko@aol.com

If the Feds don’t indict those that jailed me then other innocent whistleblowers will be abused….

the FBI must act. 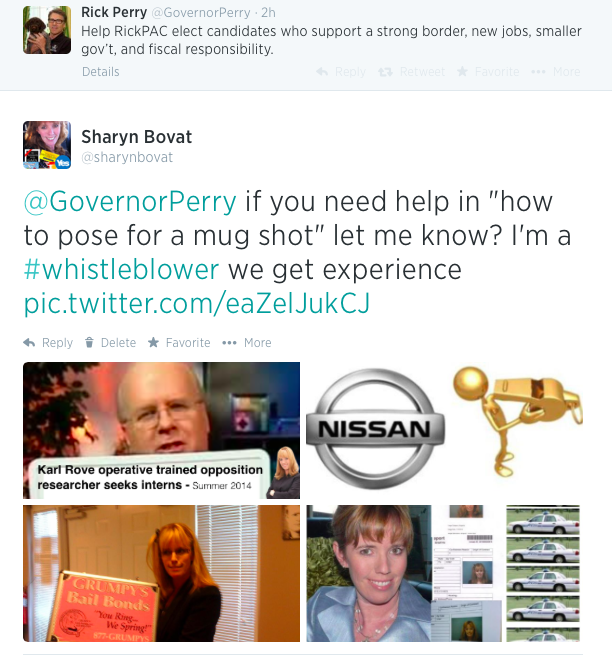 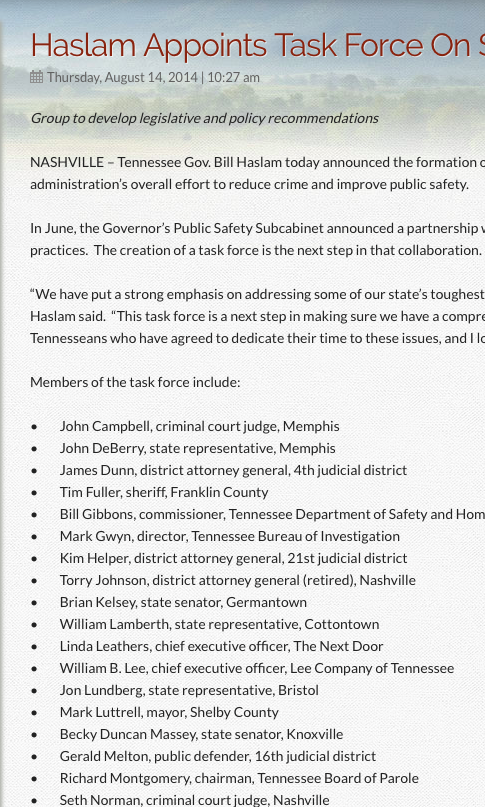 Posted by Sharyn Bovat at 5:54 PM No comments:

James Comey Tell the FBI I'm Trying to Enjoy My LAST Day at Disneyworld & I Get a Call Linking Bill Beck's Neighbor to the Steve McNair "Murder-Murder".... Someone Ask Eddie George About Drew Maddux, Clint Kelly, Pam Beck, (Whose Bill Beck's Wife) .... Good News For Williamson County & Franklin Tennessee & That's Hendersonville is Making YOU Look Not as Sleazy (Compared to Them)...... 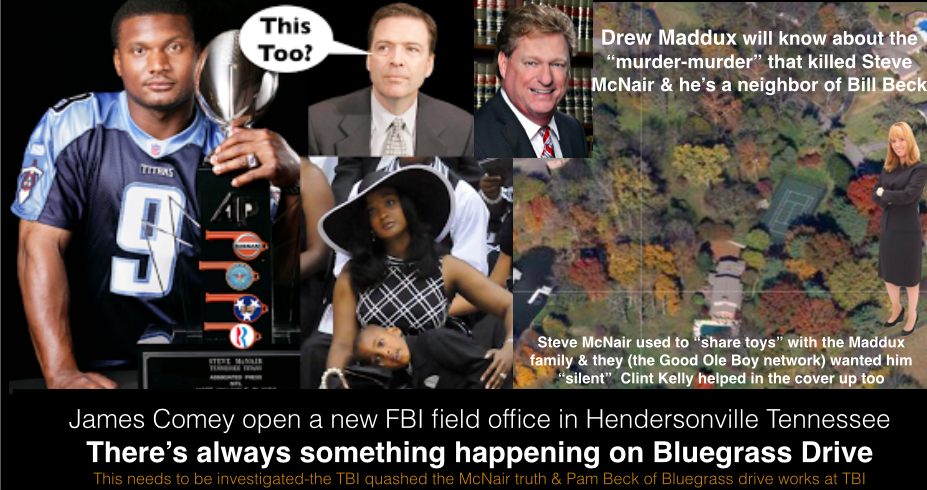 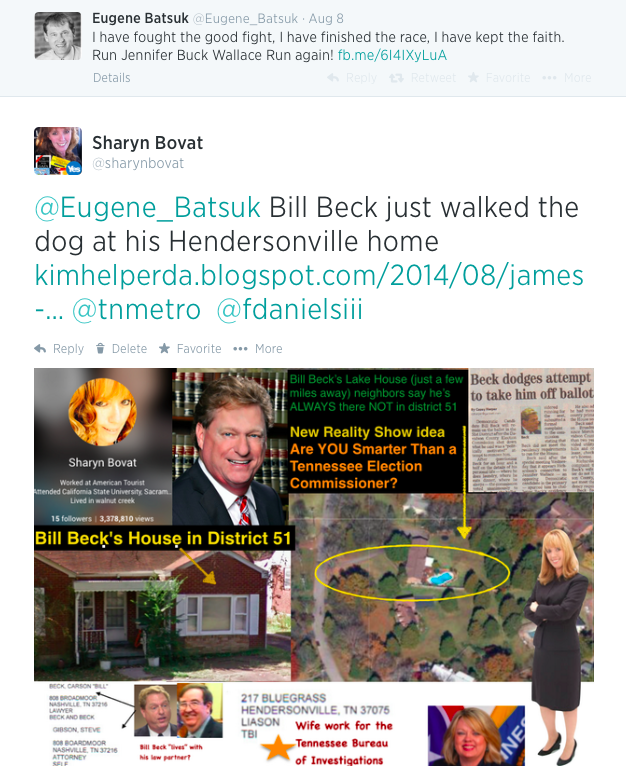 Posted by Sharyn Bovat at 7:22 AM No comments: