*** UPDATE*** Williamson County ADA Kim Helper, Judge Jeff Bivins, Judge Timothy Easter, Judge Robbie Beal, ADA Terry Wood, My Ex Lawyer Whose The President Of Marsha Blackburn's PAC (According to His Website) Kline Preston, & NISSAN Executives That Include Scott Becker, Bill Krueger, Carlos Ghosn and Renault COO Carlos Tavares. America Had Been Scammed By NISSAN - Financial Institutions That are "Under the Microscope" are Involved. Money Laundering Happened, A Murder at the Smyrna Plant of an Employee People Feared Might Whistleblow "Most Likely Happened" Multiple People in Tennessee Have Been Jailed on "Trumped Up Charges".... The People Have One Thing in Common.... They Made Someone in the Good Ole Boy Network MAD. The Good Ole Boy Network is a Bunch of Powerful Politicians Including Governor Haslam, State Senator Jack Johnson and MORE... The ECD is Connected and the Japanese are LINKED. In Tennessee BOTH The Family and the Criminal Courts Harbor a LOT of Corruption and in Williamson County The Judges "Switch" Every Year "for a reason".... This Way There is NOT Accountability.RICO is REAL and It Happened to Sharyn Bovat in the Tennessee Courts. 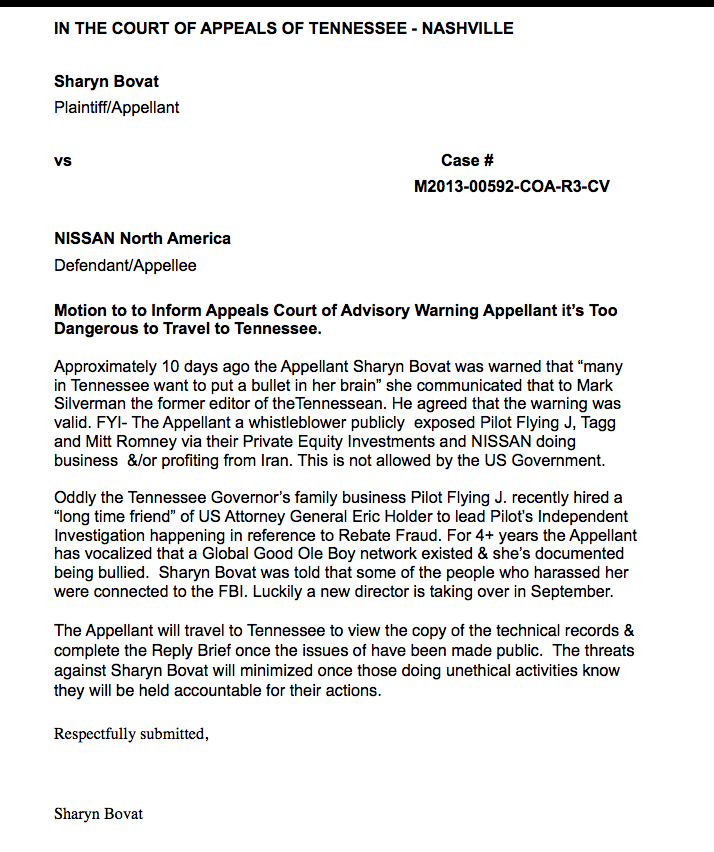 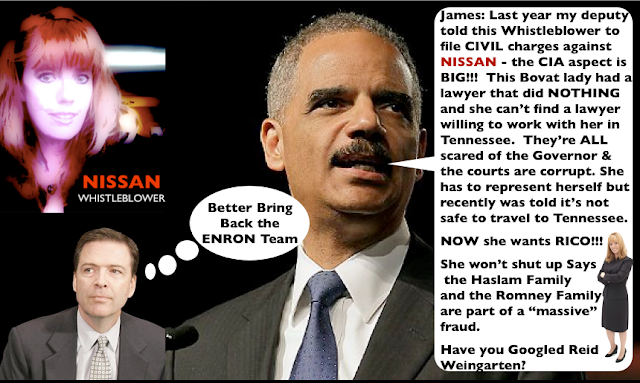 Good News America..... the ENRON "Good Guys" are Rising to the Top. 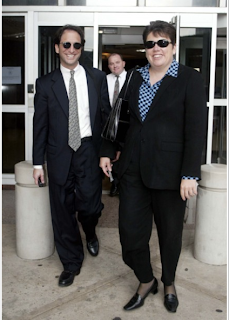 Racketeer Influenced and Corrupt Organizations Act, commonly referred to as the RICO Act or simply RICO, is a United States federal law that provides for extended criminal penalties and a civil cause of action for acts performed as part of an ongoing criminal organization. The RICO Act focuses specifically on racketeering, and it allows the leaders of a syndicate to be tried for the crimes which they ordered others to do or assisted them, closing a perceived loophole that allowed someone who told a man to, for example, murder, to be exempt from the trial because he did not actually commit the crime personally. 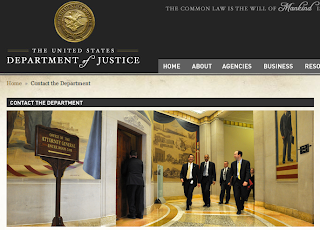 Click Here to Email Eric Holder and Ask for Criminal Investigations for Those That Took 1.4 Billion US Taxpayers to Build a Car with Outdated Technology.  Ask NISSAN for an Audit of the money provided by the Hardworking Taxpayers. 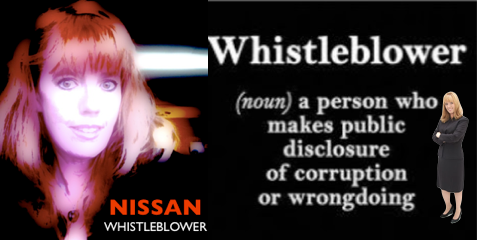 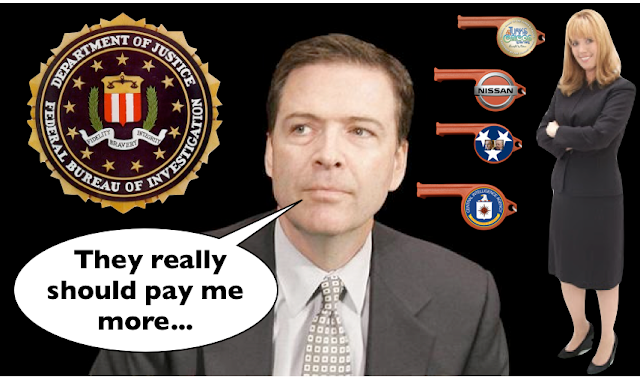 Posted by Sharyn Bovat at 7:09 AM No comments: